Biker hearts beat faster here! All around Sölden, a network of over 850 kilometres of well maintained cycle paths of varying degrees of difficulty awaits biking enthusiasts. Whether you are a leisurely touring cyclist, ambitious racing cyclist or freedom-loving freerider - the Ötztal is the number one cycling destination in the breathtaking Tyrolean mountains.

A special highlight is the Bike Republic in Sölden. This "nation" was founded in 2015 and offers its citizens - bikers from near and far - a second home in the Ötztal Alps. In the newly created Bike Park, a network of a total of 16 natural trails, 11 sustainably built and top-maintained lines as well as signposted Enduro routes awaits you - a paradise for all downhillers and freeriders!

PERFECT LOCATION
Your holiday in the Tyrolean mountains: The Haus Manfred is located in the center of Sölden directly at the Giggijochbahn.
more
BEST RECREATION
Wellness holiday in the Ötztal: In the Haus Manfred a private sauna with infrared cabin and relaxation room awaits you.
more
previous
next 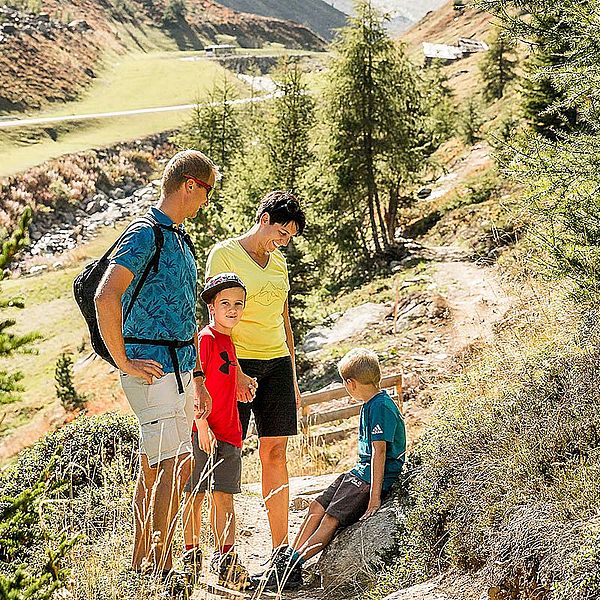 HIKING HOLIDAY
On foot in the mountains: The Giggijochbahn brings guests directly to one of the largest and most beautiful hiking areas in Austria.
discover more
BIKE REPUBLIC SÖLDEN
Experience the landscape on two wheels: Miles of cycle paths for pleasure cyclists, mountain bikers and downhill racers await you right outside the door.
discover more 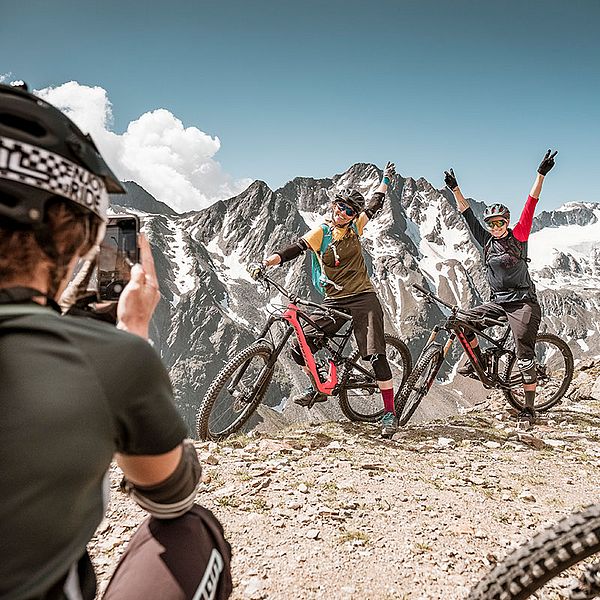 Enjoy all the advantages!
SUMMER VACATION INCLUDING ÖTZTAL PREMIUM CARD

Mountain railways & lifts
Every cable car in the Ötztal valley can be used once a day free of charge (1x ascent and descent). Bike transport is not included!
Public bus transport
Use all public buses (incl. bike transport) and the hiking buses free of charge. The hut taxis are available at reduced rates.
Bathing lakes, outdoor & indoor swimming pools
Free admission once a day to the swimming pools and bathing lakes in the valley incl. Freizeit Arena Sölden, AQUA DOME and AREA 47.
Bike rental
One-time free standard bike rental. E-bike, downhill & special bikes can be rented at a reduced rate.
Worth seeing
Entrance to the Ötzi Village, the Bird of Prey Park, the Top Mountain Motorcycle Museum and three other museums in the Ötztal valley are included in the ticket.
Ötztal Nature Park
Take part in the nature park hiking programme free of charge! You will also enjoy free lectures as well as admission to the Naturpark Haus in Längenfeld.